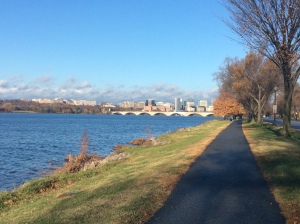 Living in urban environments has its rewards but finding nature while living in the “Big City” can be a challenge. A challenge that may be well worth pursuing. As urban world population grows (according to the World Health Organization in 2008 54% of the world population was urban compared with 34% in 1960) the separation between humans and nature also grows.

As we physically separate from nature, appreciation of nature and the healing power that it offers for our mind body health becomes something out of our purview. As we sit in planes, trains, automobiles, and at our computers we exist with a man made separation from nature. Over time, we develop conditions, such as depression, back pain, vitamin D deficiency, cardiovascular disease, stress related disorders and more. It is well publicized that the more time spent in commuting, the lower the happiness as published in original research from Sweden in The Scandinavian Journal of Economics . Inactivity and lack of sunlight of course take their own toll on our hearts, moods and immune systems. 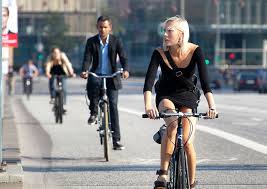 On the other hand, “going green” confers more benefits than just to the environment and indeed can improve not just the health and future sustainability of our natural environment, but also of our own health as individuals. A study published in the journal of Preventive Medicine found that active commuters, those that walked or biked to work in the great outdoors, was associated with an 11% reduction in the risk of cardiovascular disease. Indeed, nature as medicine is not a new concept. In the early 1900’s doctors often prescribed nature for urban dwellers for stress reduction and for improving mental outlook. As urbanization continued however, nature as a prescription fell out of favor, but has seen a recent resurgence.

More recently, a growing number of studies are showing the beneficial effects of nature itself on well-being and mind body health. Much of this data is eloquently presented in Drs. Selhub and Logans’ book, “Your Brain on Nature”. They note that studies about Japanese Forest Bathing have shown that “…spending time within a forest setting can reduce psychological stress, depressive symptoms, and hostility, while at the same time improving sleep and increasing both vigor and a feeling of liveliness.” A useful term to refer to is Biophilia, which is defined by Edward O. Wilson as the urge to affiliate with other forms of life. 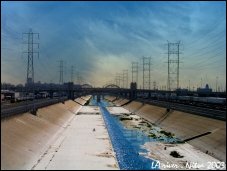 Growing up in the sprawling suburbs east of Los Angeles, as a child, I didn’t know there were places where lights and sidewalks did not exist. Yet, finding nature was instinctive, even in that environment. In the winter the rains would come and the river beds, which were covered in cement and surrounded almost completely by highways, houses and pavement, would be awash with the water, and with the water, dirt and earth would deposit and the river beds would sprout into life.  Chasing frogs and capturing tadpoles became a favorite after school activity. Places where cars would drag race illegally in the Summers would be transformed to natural landscapes covered in grasses, moss and vegetation. While Disney Land and Knott’s Berry Farm were magical in their own right, even now, as I think back to those moments in the river beds, there was something that was so deeply satisfying and integral about the nature that flooded in. Slightly later in my life, but still as a child, I was fortunate I was exposed to big nature, visiting places like the Joshua Tree National Park with a college astronomy class, the painted dessert in Arizona, Sequoia National Park and many more places. Although I did not know it at the time, as I whined and complained on long hikes with my parents, this was the beginning of my relationship with and love of nature, my own biophilia.

My pursuit of higher education, a career and also love of city life has kept me in the city for much of my adult life, but my deep rooted love of nature and awareness of the impacts of the grating stress from the city, inevitably sends me in search of Urban Oases, those natural places that exist in our cities. For some of us they are in our own gardens, but for others, living deep in the city, we have to try a little harder. Luckily, in the United States we have our wonderful National Park Service to provide us with Urban Oases even in the city.

Want to find Nature or inspire others to do so? Try these links and apps:

Here is a recent photo taken in the heart of Southeast Washington DC at my favorite “Urban Oasis” on a cold Autumn afternoon. 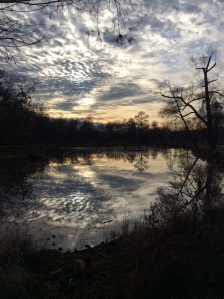